He was so well-loved. We can form such special bonds with our pets and indeed will live on forever in our hearts.
Top

I feel a sense of closure now. It still hurts and I still miss him, but having him home and in his final resting place helps.
Top

"lives for ever in our hearts" Yes.
Top

Very nice day today and the grass has started to green up. I had just enough time to get a few of the piggies outside and Dean was one of them. Even without Sammy, he's doing very well and loves the fresh green stuff. My plan is to get him and all of the pigs out as much as I can once the grass comes all the way back. 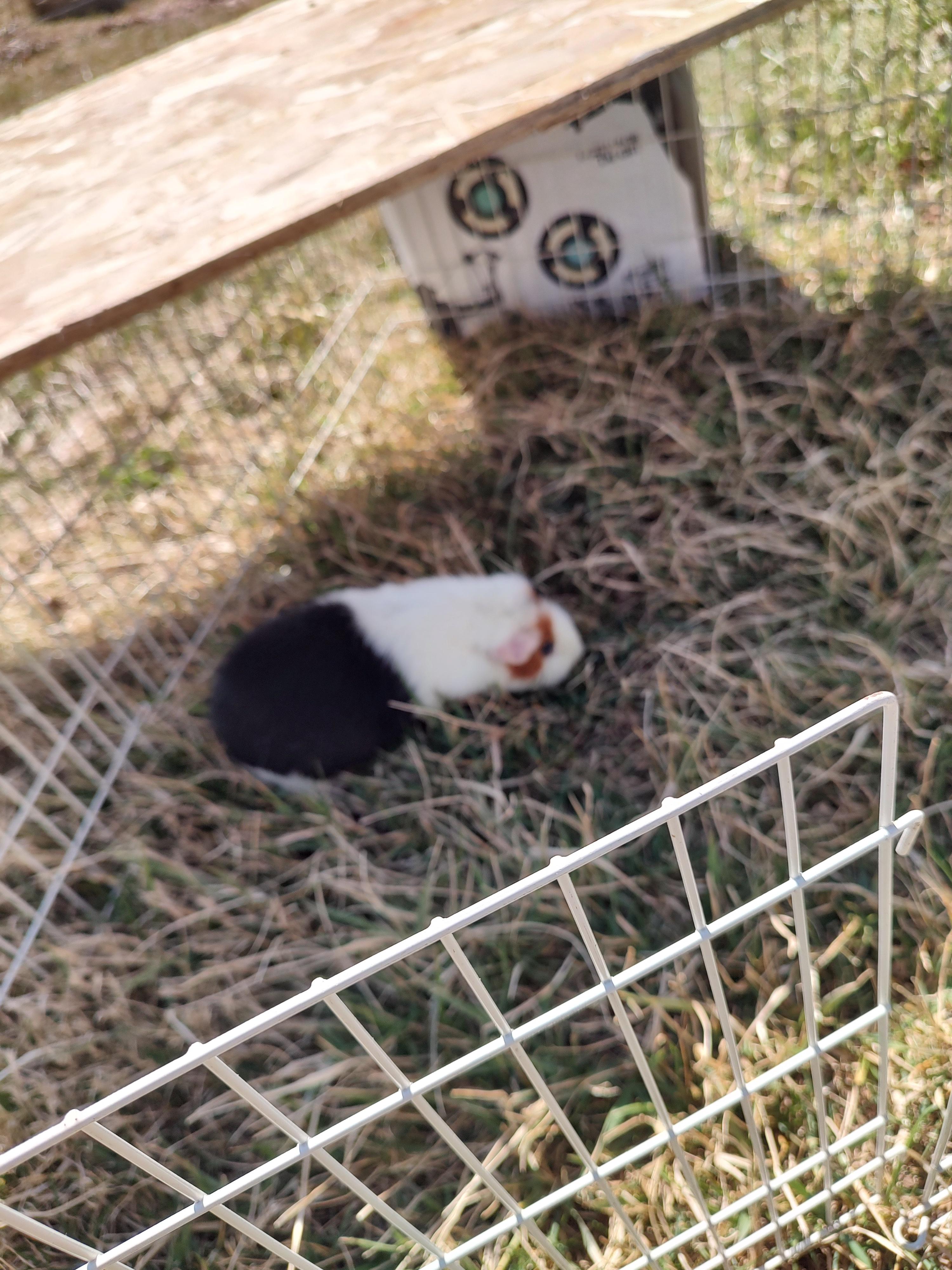 Pictures on cage day! Dean is still getting along very well without Sammy. He doesn't seem to mind being a single pig. He's always been a slow eater while Sammy liked to devour his as quickly as possible. His cage is usually the 4th one to get changed, so there are a lot of guinea pig scents for him to check out when he goes into the tote. I bet he would sit still and stay on the bed if I put him there instead of in the tote, but he poops a lot and would probably do it on my bed. Besides, he enjoys checking out those other guinea pig smells and I wouldn't want to deprive him of that or have to clean up the mess. I took this picture before I took him out to change his bedding. 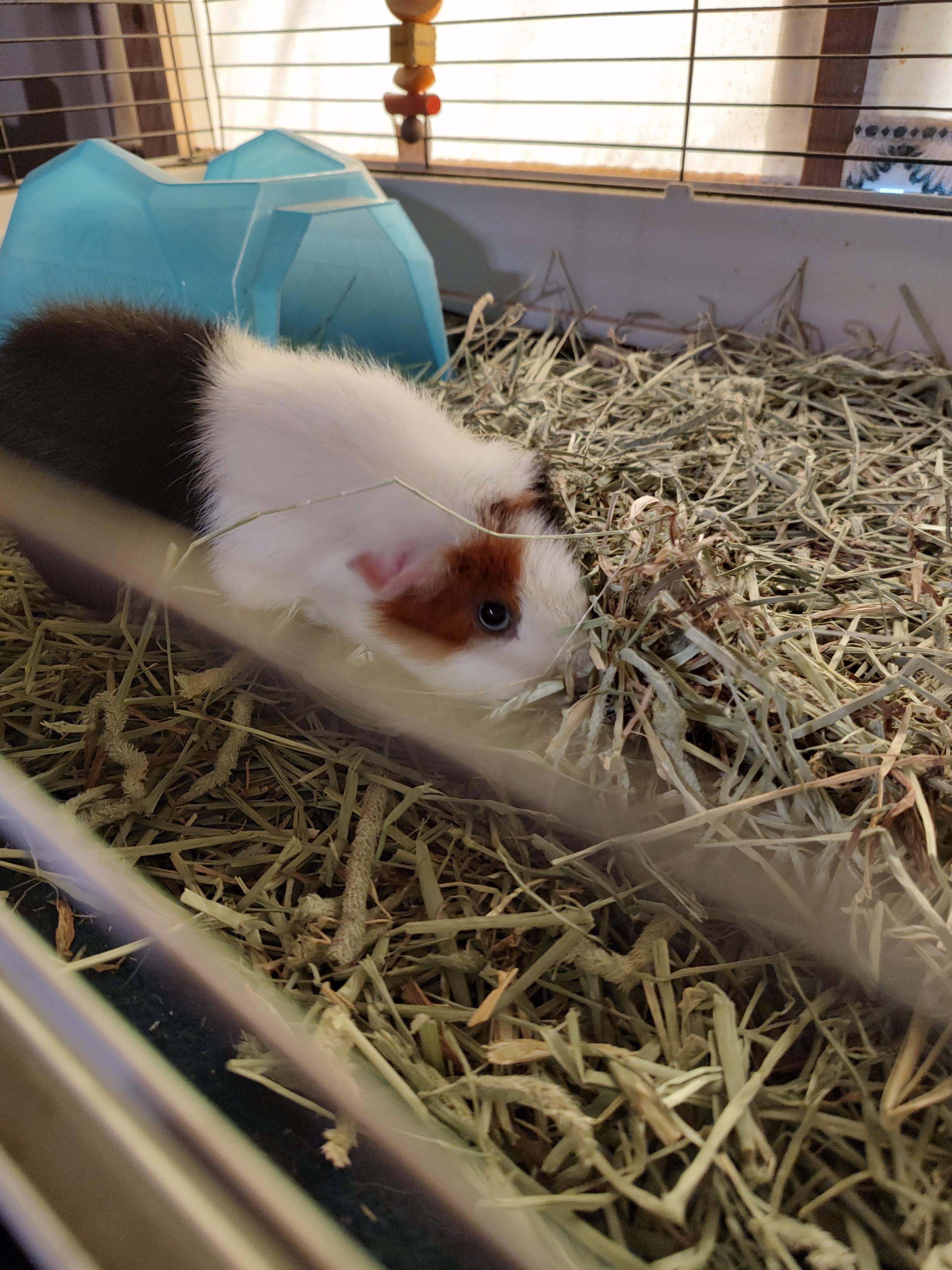 What an inscrutable expression! You want to pick him up and hug him!
Top

Keeping an eye on the camera!
Top

Today is Sammy's day. It was one year ago today that he made the trip to the Rainbow Bridge. His passing was one of the tougher ones, largely because I'll always wonder how it could have been avoided with better vet care. He was such a great guinea pig and he didn't deserve to go out like that. I find some peace in the fact that during his life, he was well loved and shared his habitat with a great partner in Dean. I think of him every day when I care for his buddy and I will always miss him. Rest in peace, my little Sammy.

He was a good looking pig. Yeah, some of those losses are especially hard. Rest in peace, little boy.
Top
Post Reply 230 posts


Are you a Guinea Lynx Fan? Tell the world on Facebook!
^
Powered by phpBB® Forum Software © phpBB Limited | SE Square Left Style by PhpBB3 BBCodes
This Document Copyright © 2002 - 2023
* Required Notice:
"Purchases made through our affiliate links may earn Guinea Lynx a small share of the sale."