That's the hammock he and Skipper argue over. There's another on the other end of the cage, but they both want that one. They squeak very loudly at each other, but it has never gotten any more serious than that. It's about 50-50 on who wins the argument. Gilligan won that time. The loser usually goes and lays under the other hammock. It really very cute.
Top

Looks like Gilligan won the battle for the hammock this time. 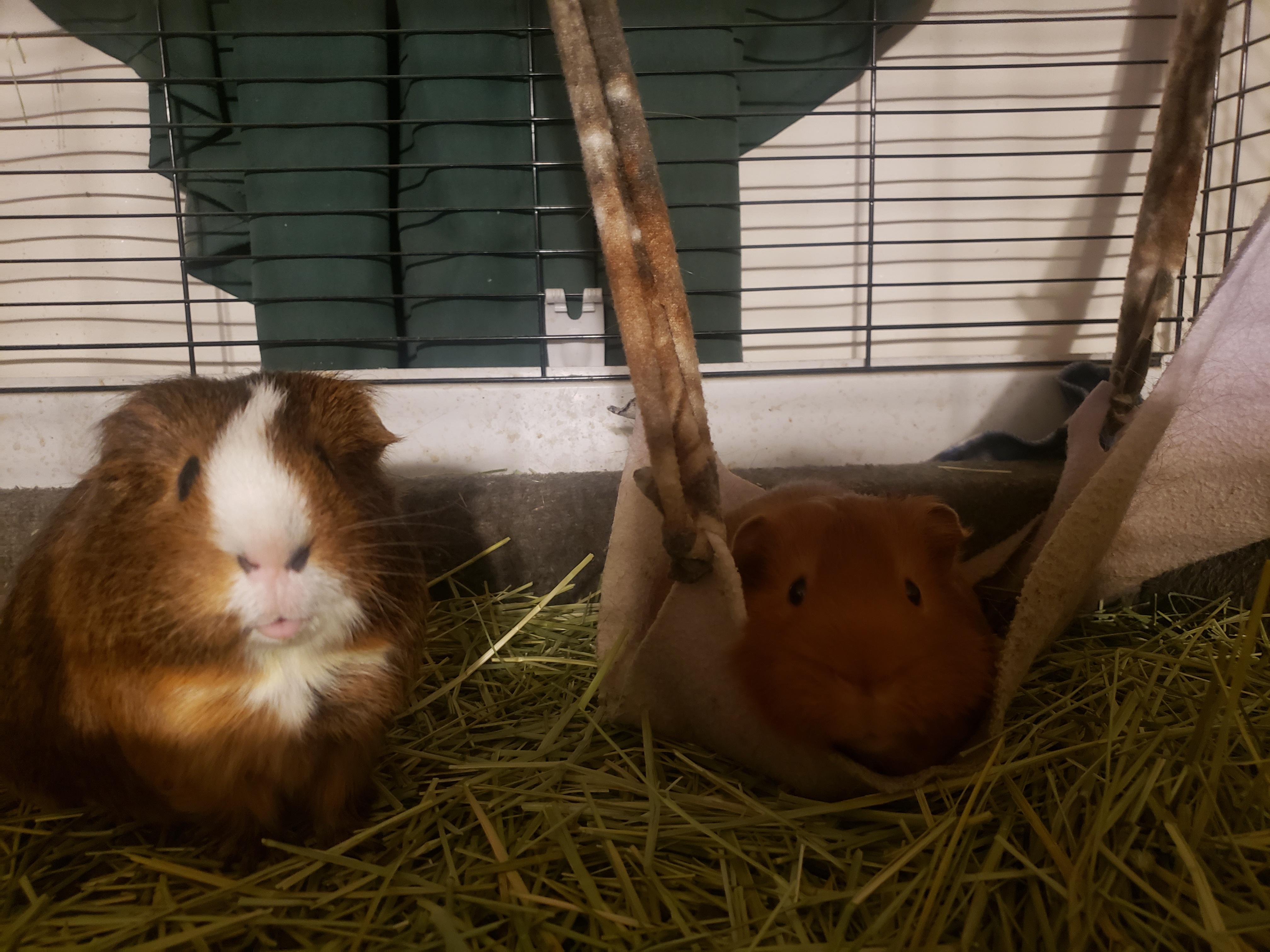 Skipper looks like he wants a kiss and cuddle. Poor little mite! Girls send wheeks and hugs. I could kiss those lips!
Top

Skipper is the Fabio of guinea pigs. His long hair is epic. Very soft. He'll wait like that until Gilligan gets out of the hammock and then he'll jump in. If he gets tired of waiting, then he'll go lay under the other one. Those two have a very unique and entertaining relationship.
Top

They sometimes look so inscrutable! One wonders what those laid back shocked expressions really mean!
Top

Ha ha Gilligan! I got the hammock now! You had your turn. Squeak all you want. I'm comfortable and I'm not giving it up! 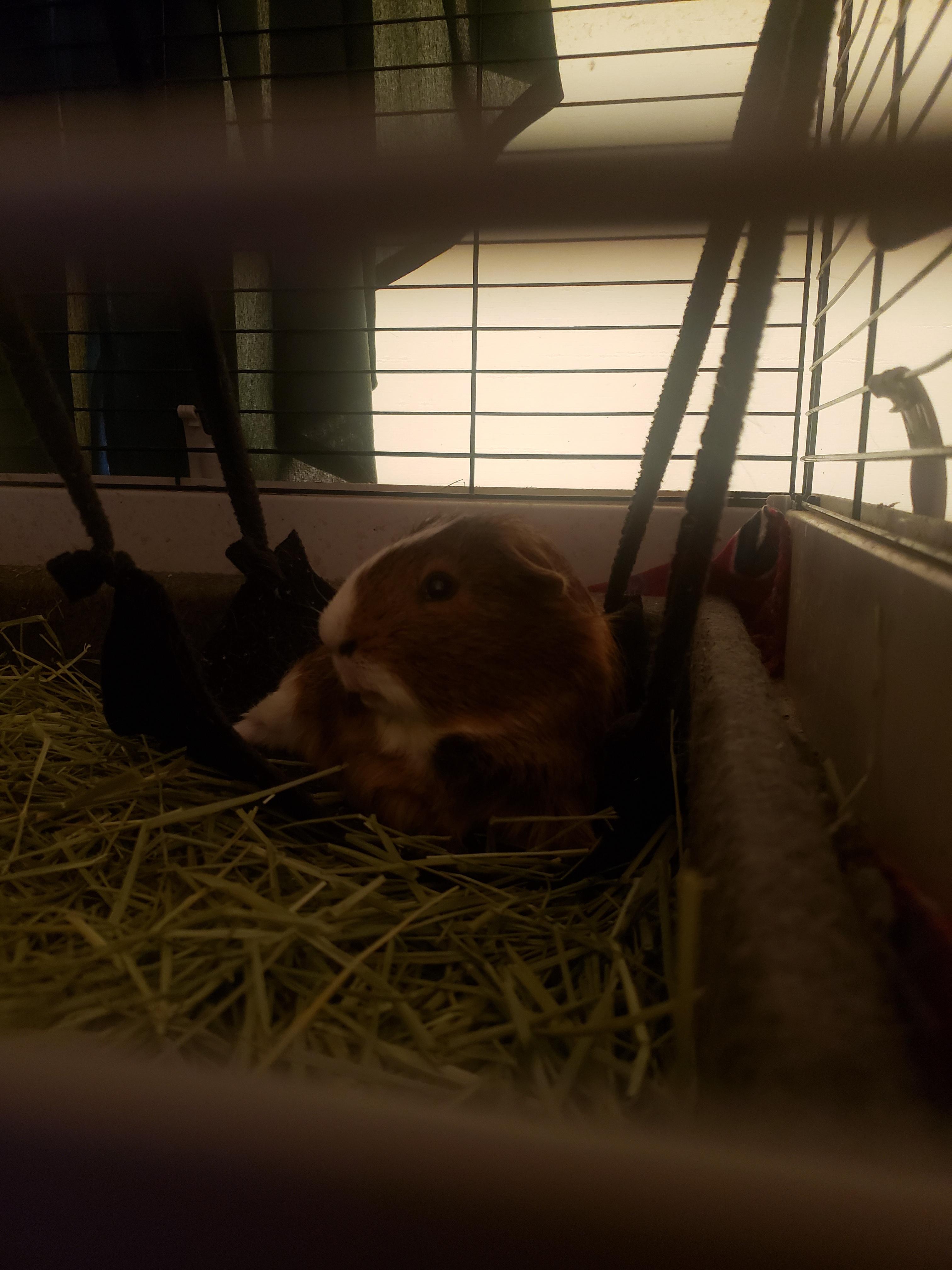 Skipper is the one in the hammock in that picture. He's gloating because he got there before Gilligan this time. I have 2 sets of hammocks so I can keep them clean. It's not the hammock. It's the side of the cage it's on. That side is next to Mr Bubbles, who pushes his hut to that side and lays in it. Both Gilligan and Skipper both like to be near their neighbor.
Top

Sorry Gilligan! Why don't you get in there and push skipper out? never mind baby he has to eat at some point! Play it cool!
Top

This happens with my chickens! Two egg laying boxes in two corners. Can swap the boxes but it's the corner they yearn for (the preferred corner sometimes changes)!

Not laying right now but that's how it goes when the egg laying boxes are in use! The boxes are chicken-sized. I have pictures of two stubborn chickens squeezed together in one box.
Top

If Gilligan wants that hammock bad enough, he'll squeak very loudly at Skipper until he gets it, believe me.
Top

"who pushes his hut to that side and lays in it" Funny.

"wo stubborn chickens squeezed together in one box" Ha, ha!
Top

I swapped out the hammocks with the black fleece ones so I could wash their regular ones. All that did was to make them argue even more over the one next to Mr. Bubbles. I don't know what it is about that hammock. It does hang just a little bit higher than the other one and it is next to their buddy. They both love being next to him. They don't attack each other or fight. It's nothing more that a verbal argument that usually ends in Gilligan getting his way. He does squeak considerably louder than Skipper. Every once in awhile Skipper wins the argument. The lower usually winds up either laying next to the hammock with the winner in it or under the other one.

Yesterday, Skipper lost again, only this time he decided that the other hammock was satisfactory. The whole charade is nothing short of adorable as long as it doesn't get worse than squeaking. 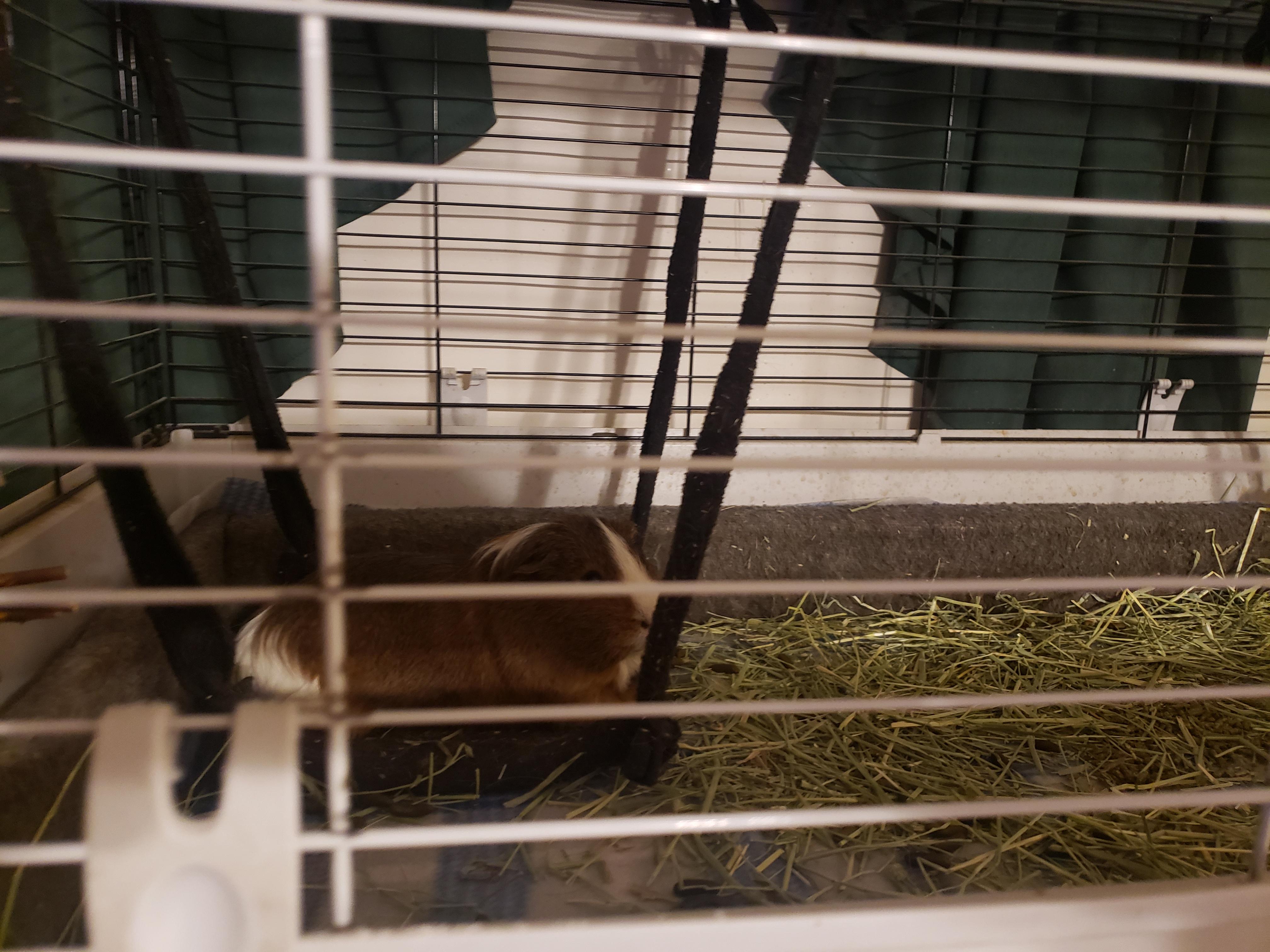 So Gilligan lost the battle of the hammock this time. Poor little man. I feel sorry for him with that look on his poor little face. It's ok because he'll get the good hammock back soon enough. 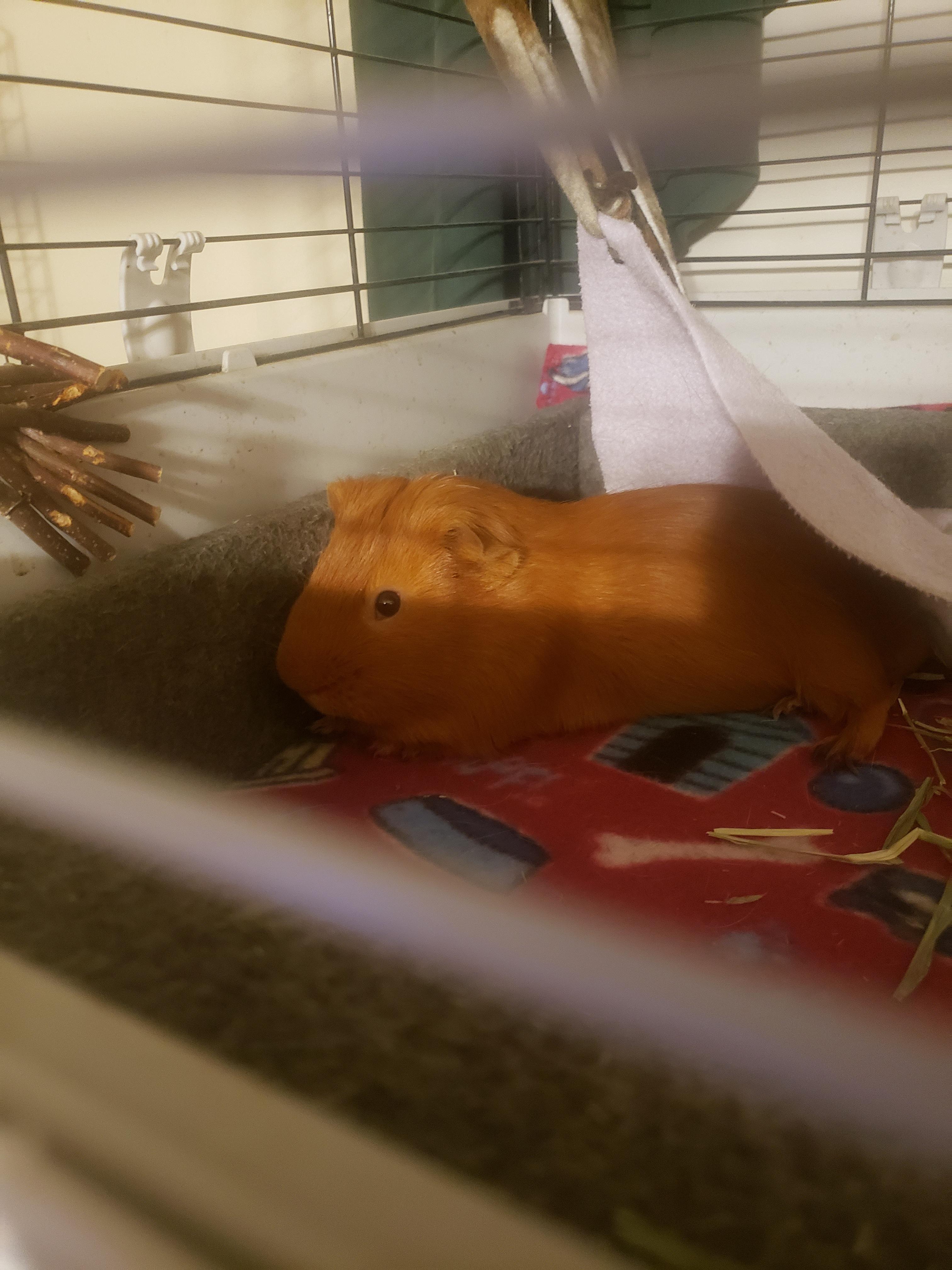 Looks like you're getting the stink eye! Love his ginger colour and his 4 little paws! Hey handsome!
Top